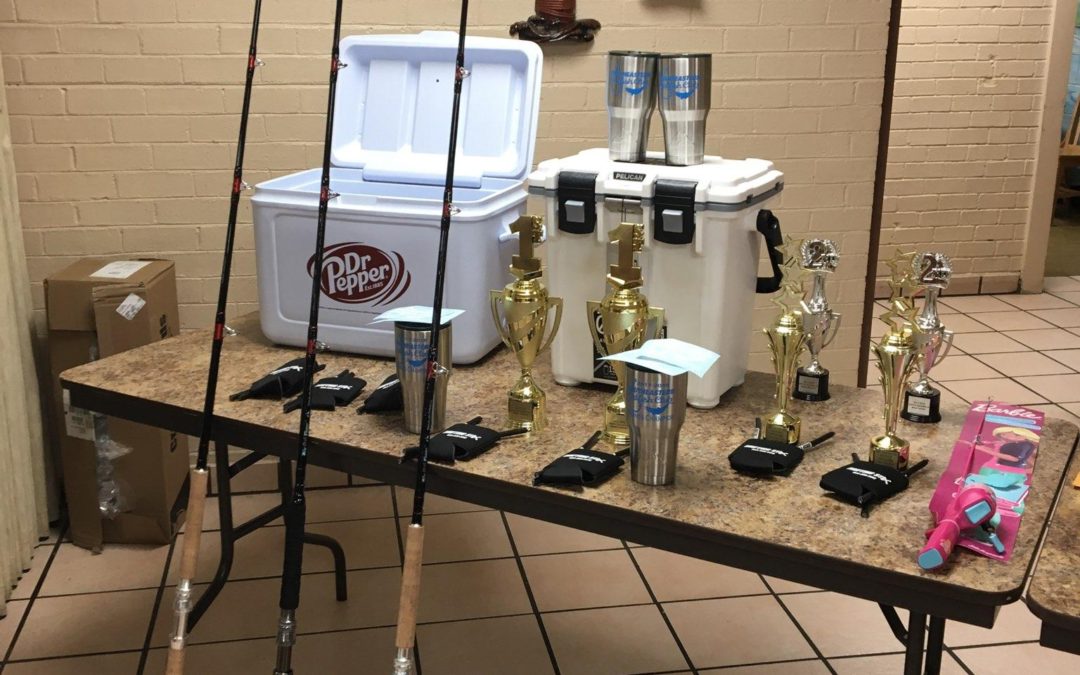 No hurricanes or snow this year, but this season was just a fun as the last! Nearly $6,000 raised for the Lake Wylie Children’s Charity, over 14,000 lbs of catfish weighed, and a tournament total weight record broken are just a few highlights that made up the 2nd full season of the Southeastern Catfish Club.  77 different teams consisting of over 200 unique anglers fished the 2017-2018 season over the course of 9 months.  The points race leaders changed a few times throughout the season, but in the end, one team ran away with it and was crowned champions!

On Saturday, June 2nd, we hosted the 2nd annual awards banquet at the Catawba Fish Camp.  It was a time for us to come together as a club, join in fellowship to reflect on a great season, and relive some of the crazy stories that transpired over the season.  We raised several rule changes and voted on the season’s Sportsman award, but more importantly, took time to recognize a few teams that stood above the rest.  Check out the highlights below.

These guys show that consistency pays off in the long run.  With 6 finishes in the top 5 and an outright win at the February tournament, Steve and Shane took home 1st place in the points race and won over $2,200 in bonus money, champion trophies, custom champions shirts and cups, and their names will be adorned on the side of the tournament trailer.

Brian and Bubba had a solid year with 5 top 10 finishes with a 2nd and 3rd place finish in two tournaments.  They were awarded with the runner-up trophy, a custom SCC mug, and $980 in bonus money.

In only in their 2nd year of fishing the trail, this dynamic duo took top prize in the Big Fish of the Year honors with a 55.90 blue during our April tournament on Lake Wateree.  They spends a lot of time on the water pre-fishing and scouting, and it certainly paid off.  They received a bonus of $712, BFOTY trophies, and custom SCC mugs.

Sportsman of the Year
Jamie Williams

It was up to the club to award the first Sportsman of the Year.  Votes were cast by the club based on the member who always willing to share advice, gave away bait, helped with boat issues, or was just an all-around gentleman during our tournaments.  Jamie does so much for the club through his business, but he’s always willing to go out of his way to help anyone outside of tournaments and club events.  In fact, he donated the Sportsman of the Year prize!  He’s a true Sportsman outside of fishing, so a big Congrats to Jamie for winning this prestigious award!  We know Blake will enjoy the Pelican cooler. 🙂

Andy and Ryland are no rookies when it comes to anything to do with the outdoors, but it was their first season on the trail.  These boys came out of the gate red-hot with a 1st place finish in the first tournament of the season and followed it up with another win two months later at the November tournament.  The finished 7th overall in the points race in their first year fishing with the club and won a Big Cat Fever rod for their Rookie of the Year honors.

These fellas have won Big Fish in nearly every tournament trail in the region, so it’s surprising that they took home Smallest Stringer honors with 6.65lbs at the September tournament on Lake Wateree and won a very nice Barbee rod and reel combo.  They didn’t attend the banquet, but be sure to ask them their secret to winning awards on both ends of the spectrum.

Sincerely, thank you to all the teams, anglers, and sponsors for making made our 2nd season a huge success!  We look forward to seeing everyone again next year! 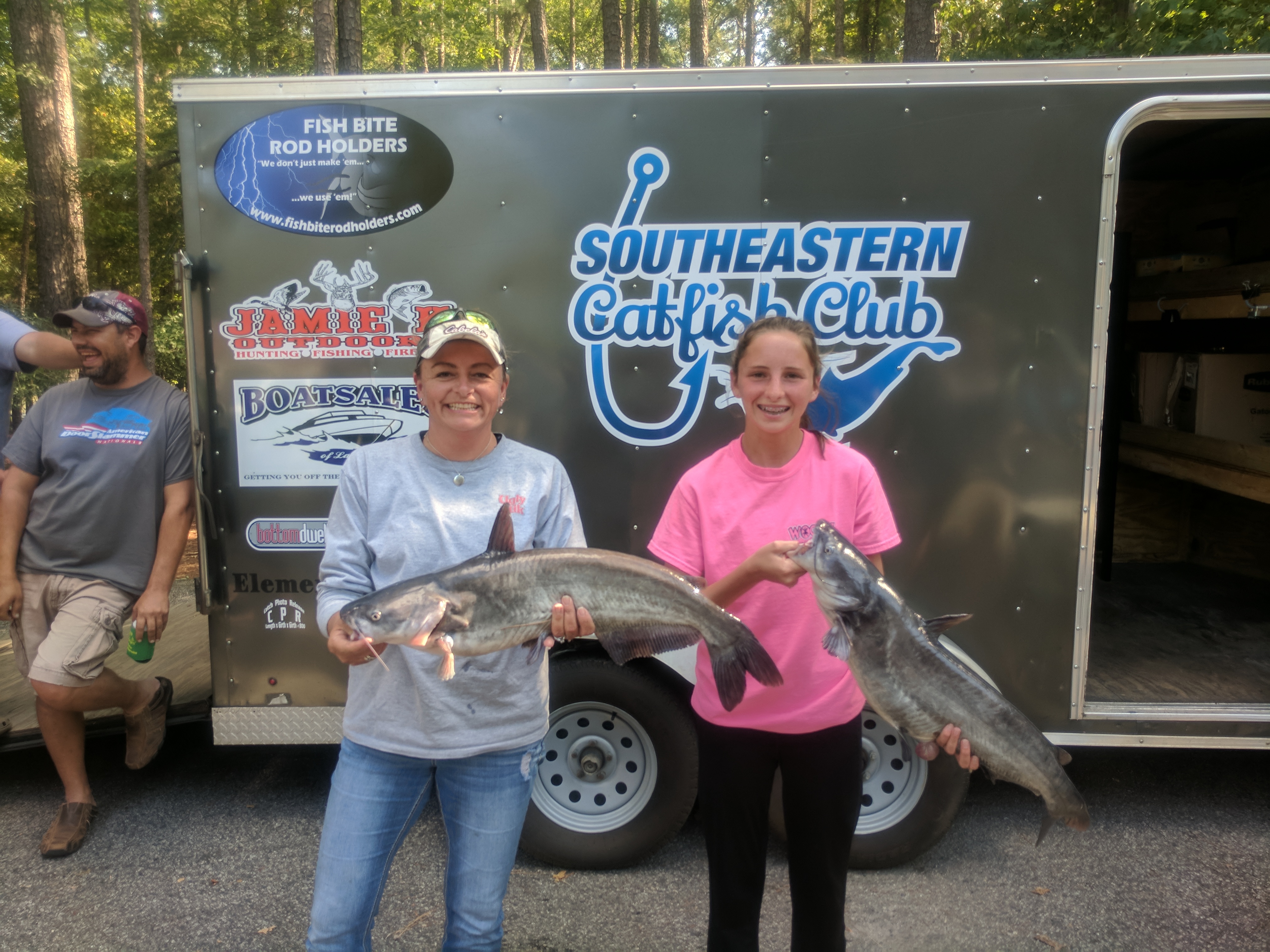 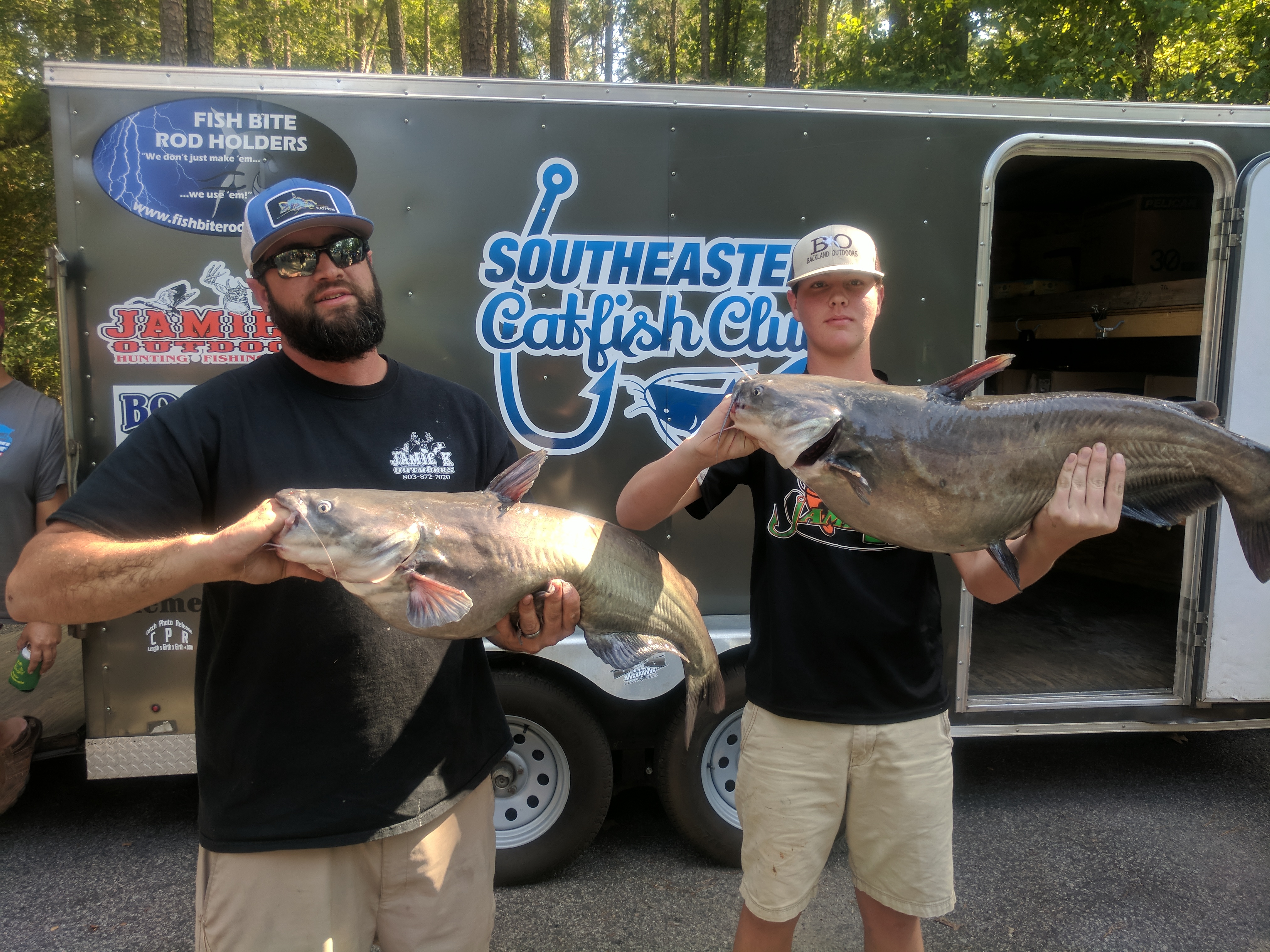 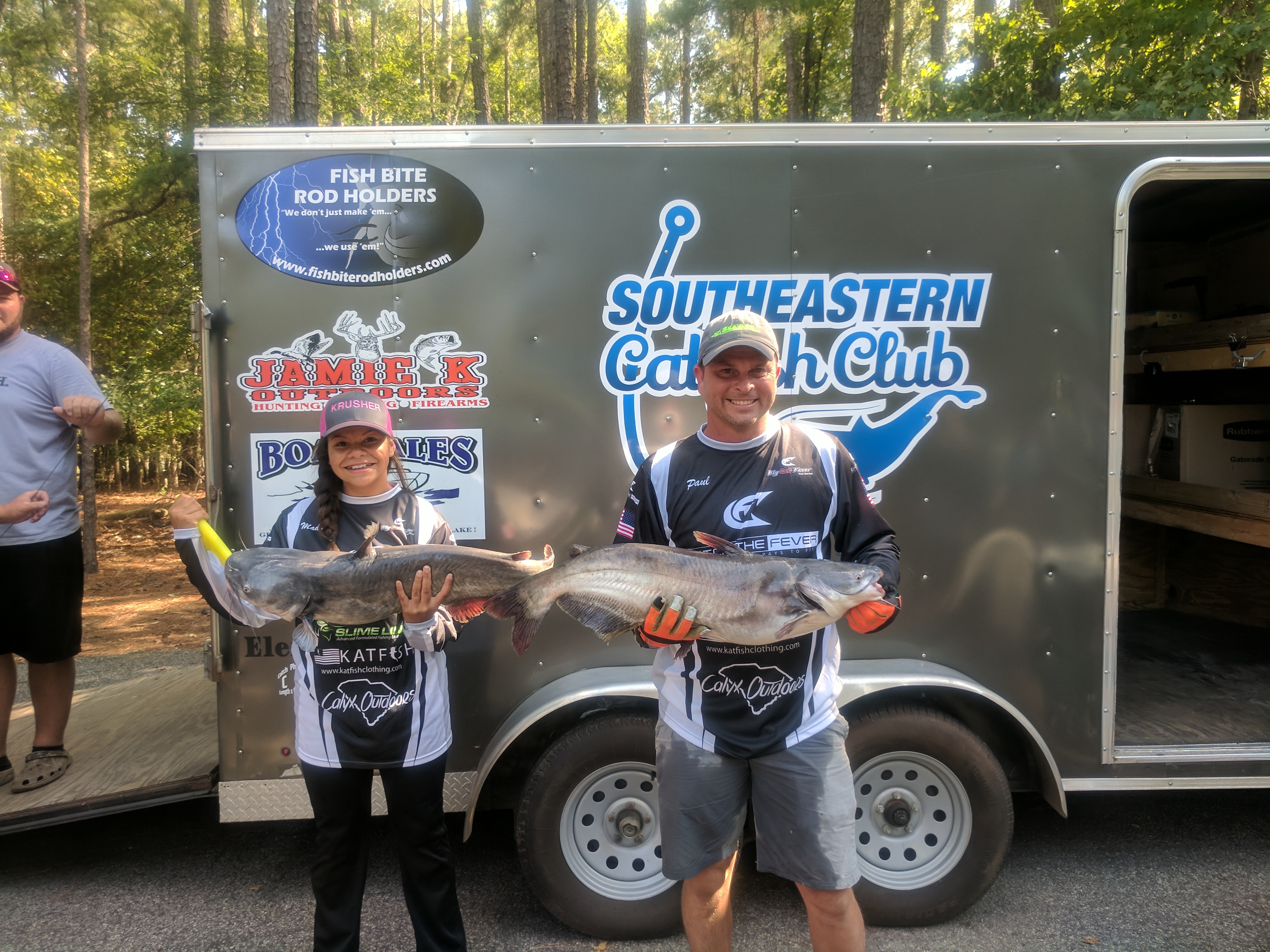 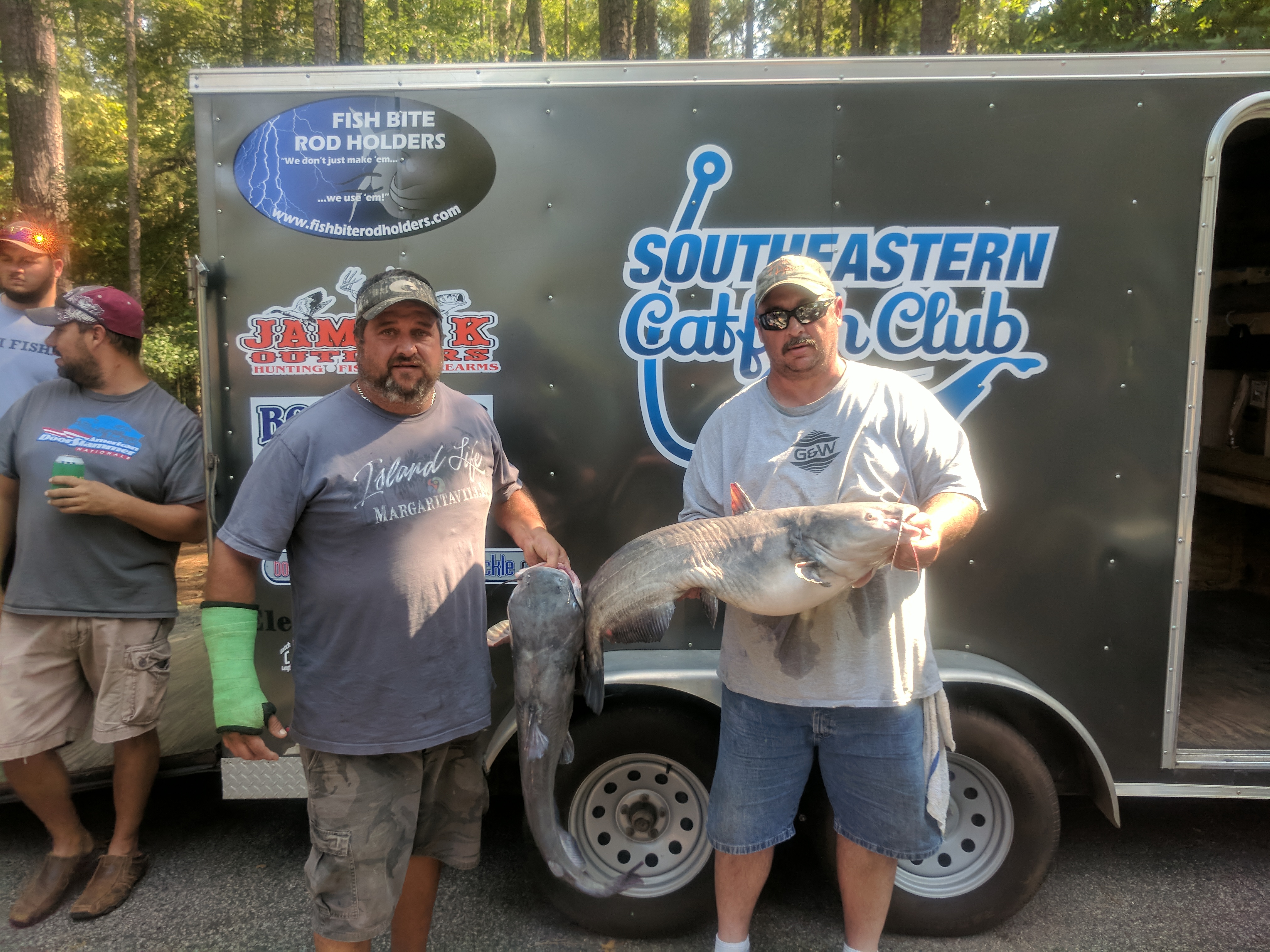 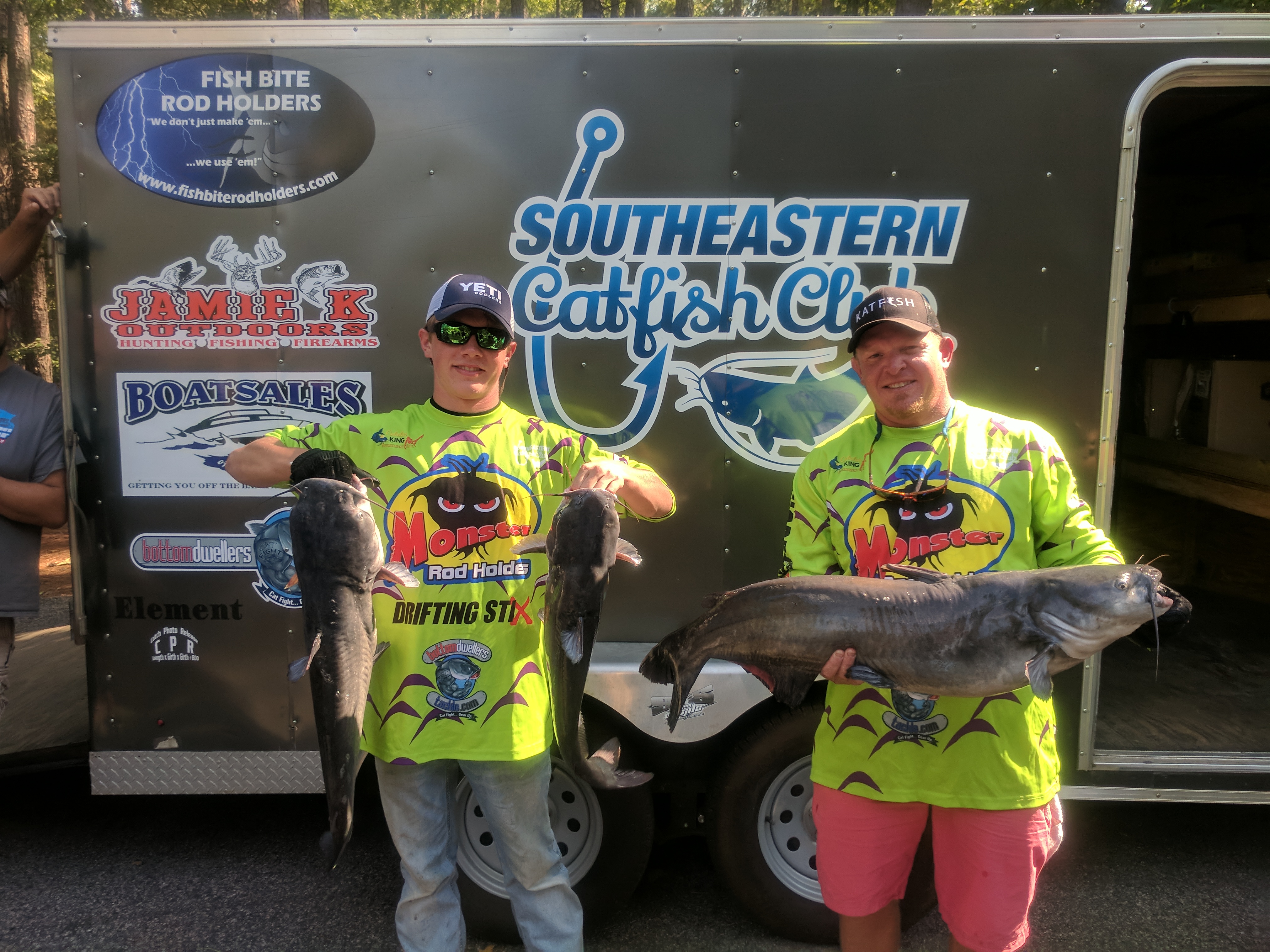 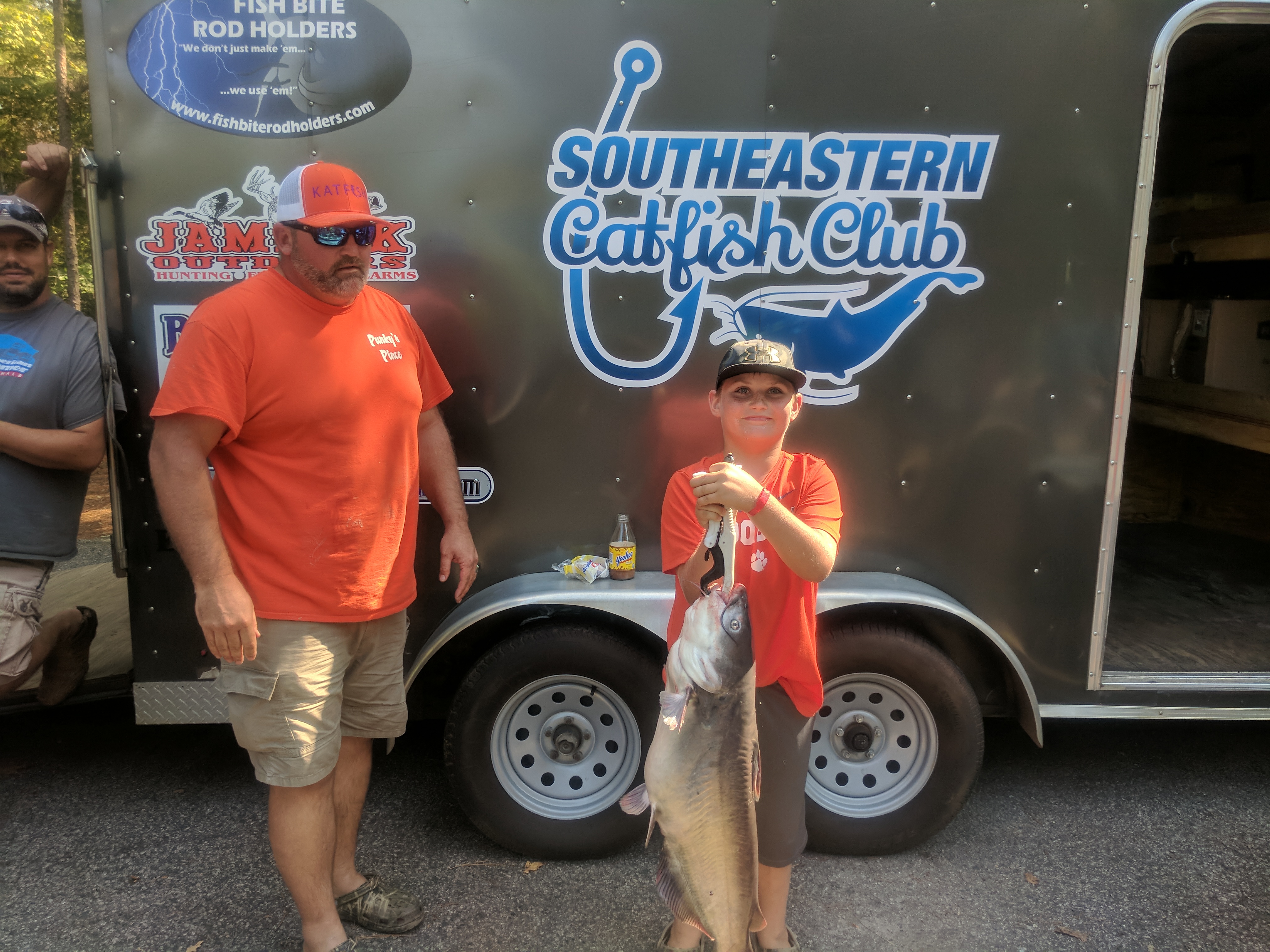 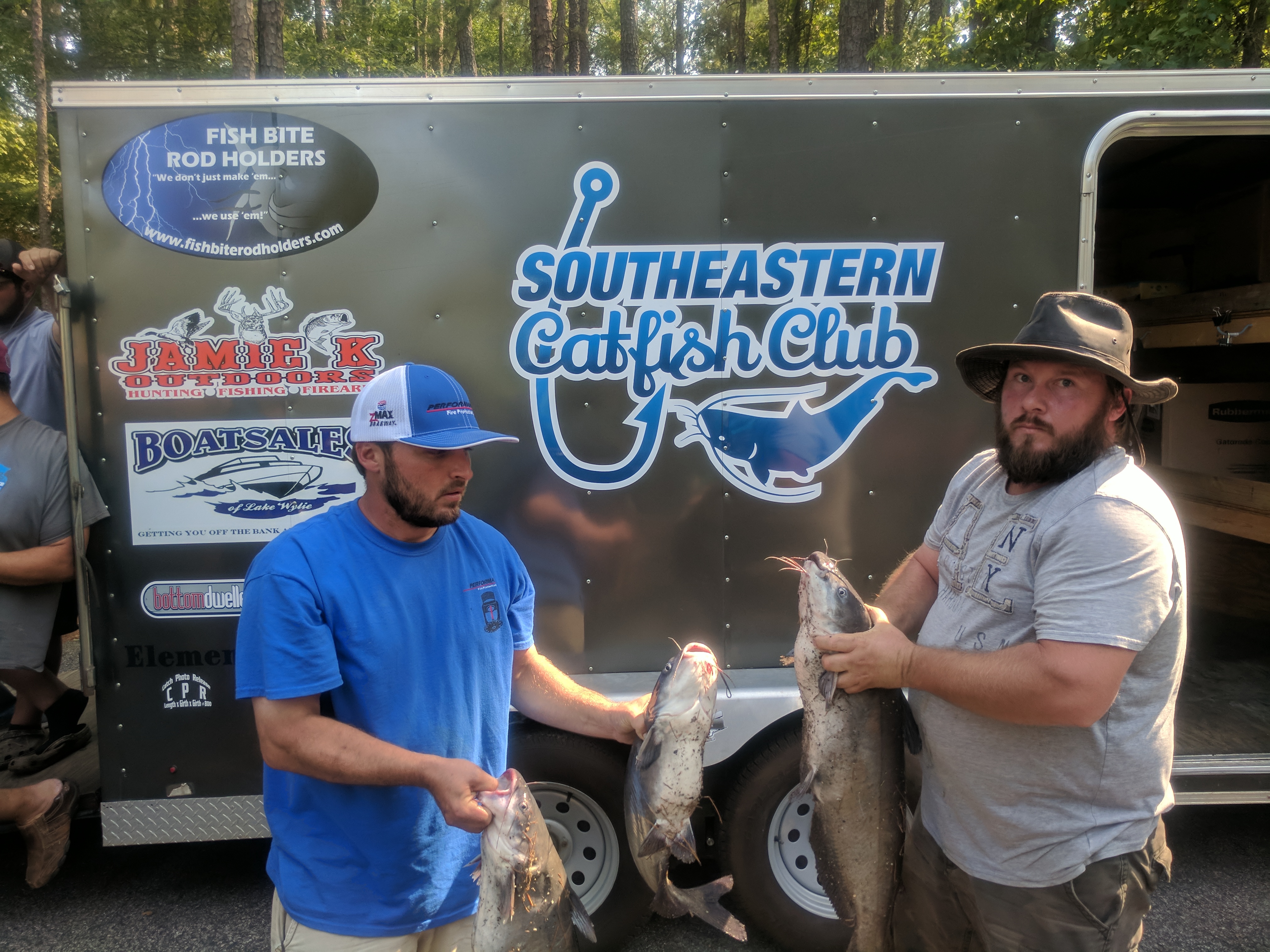 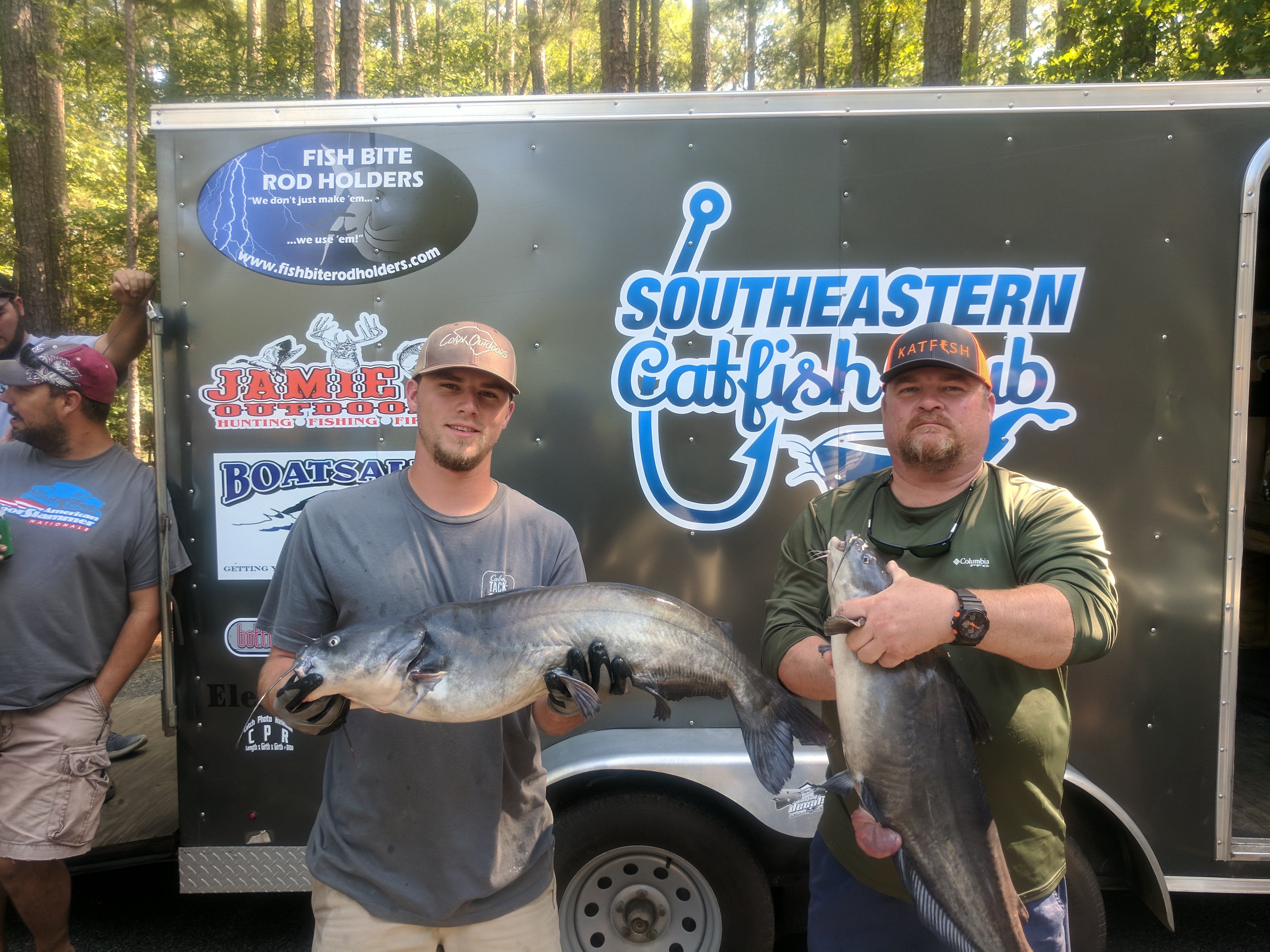 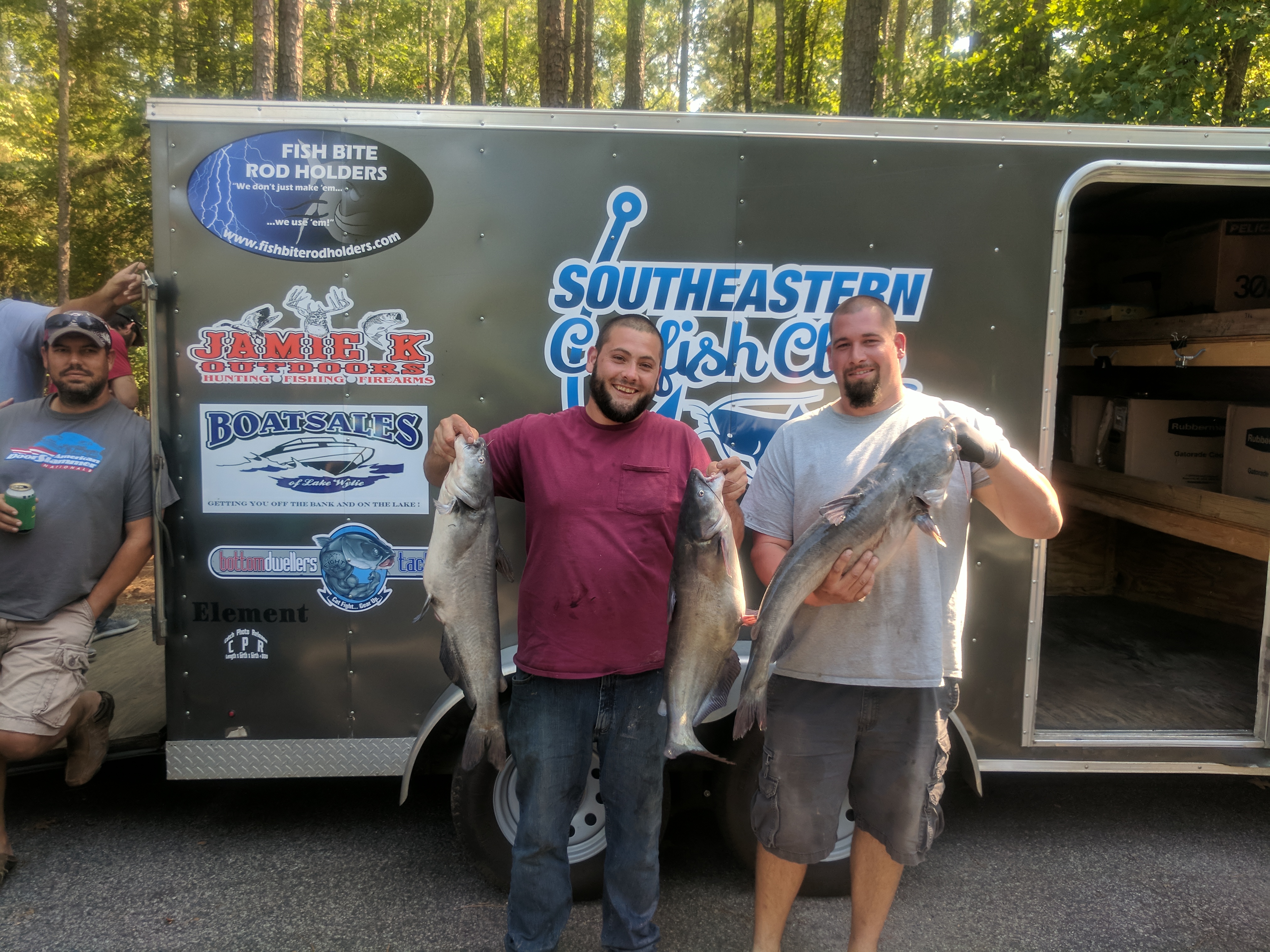 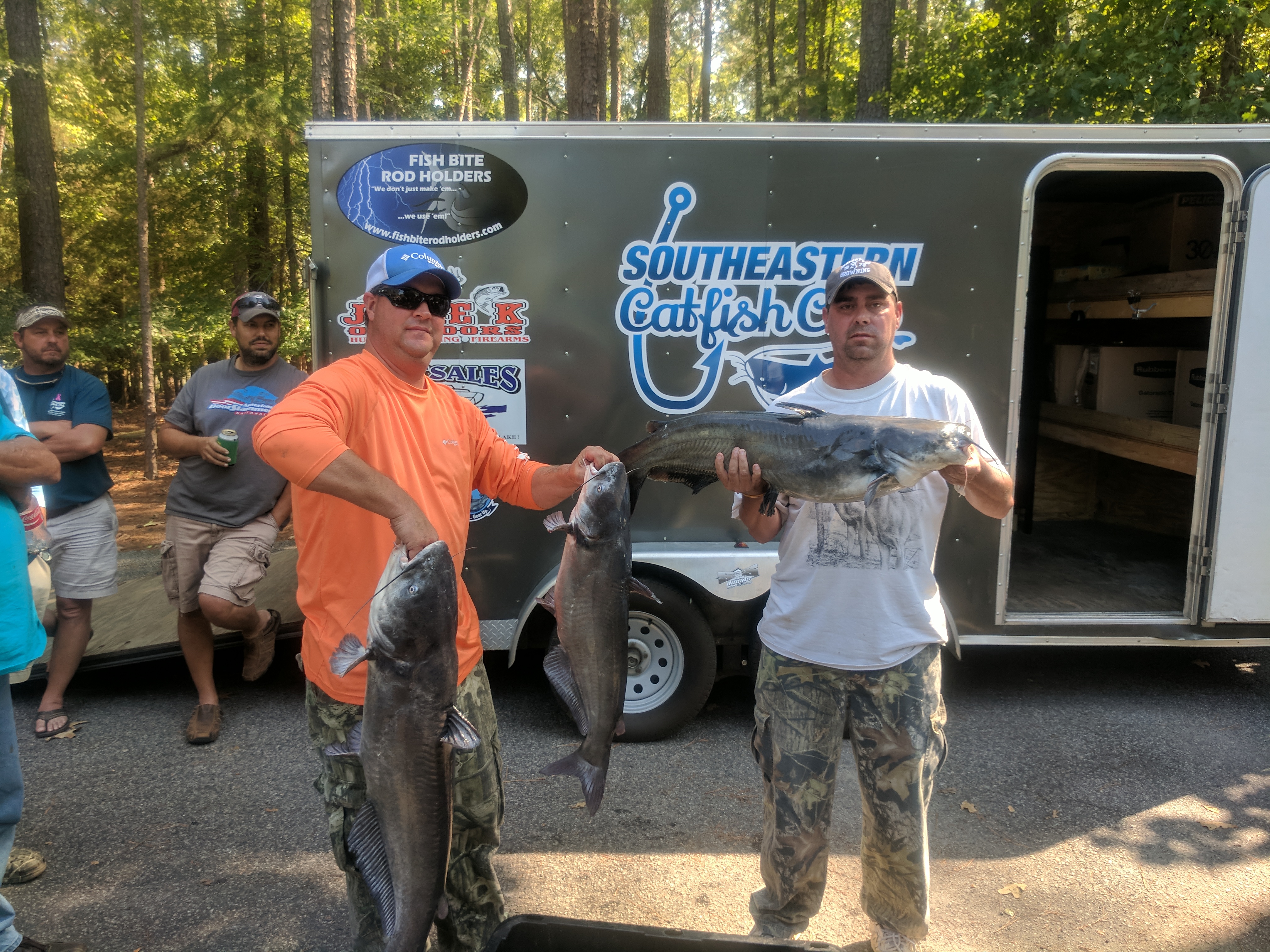 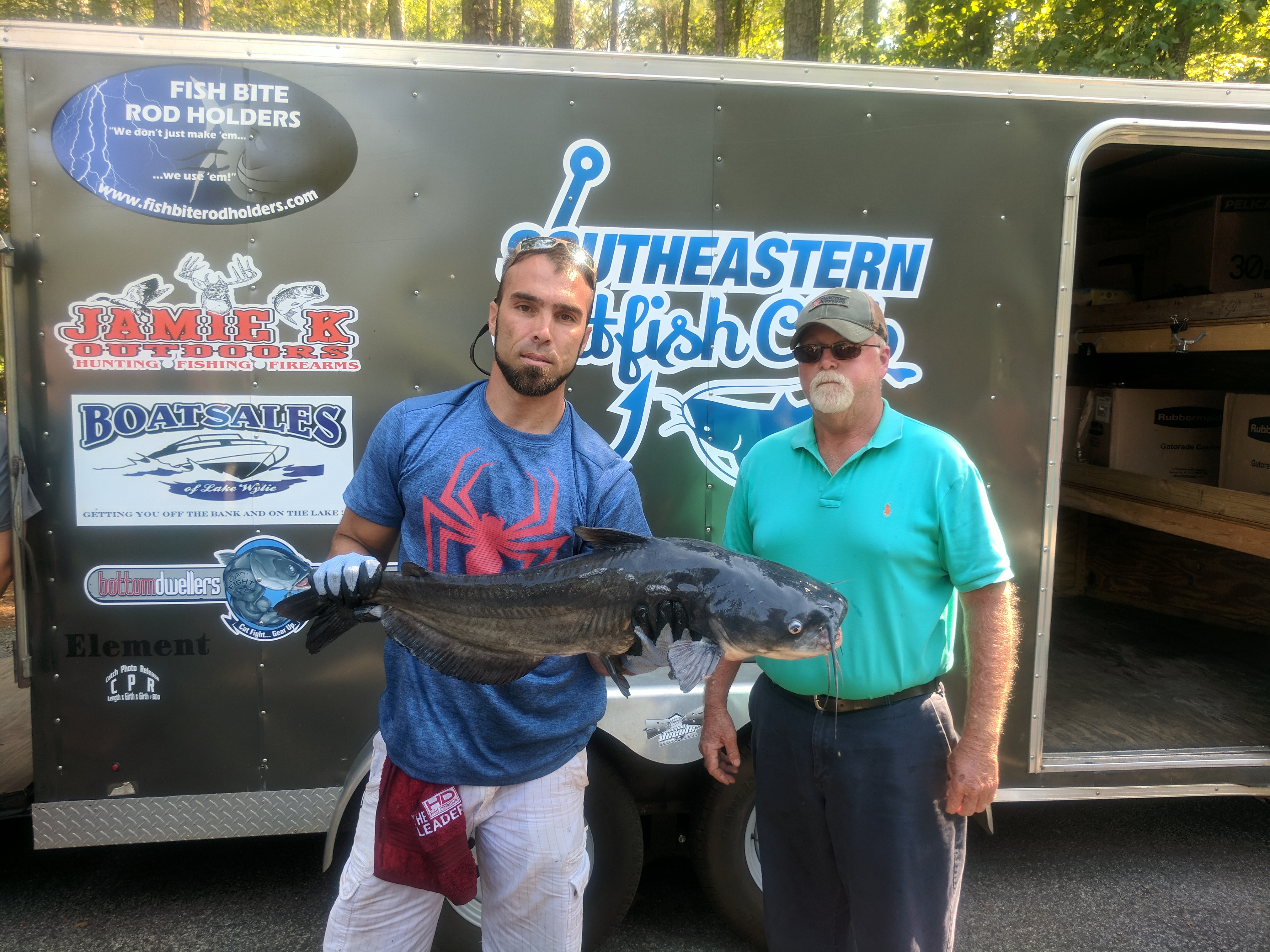 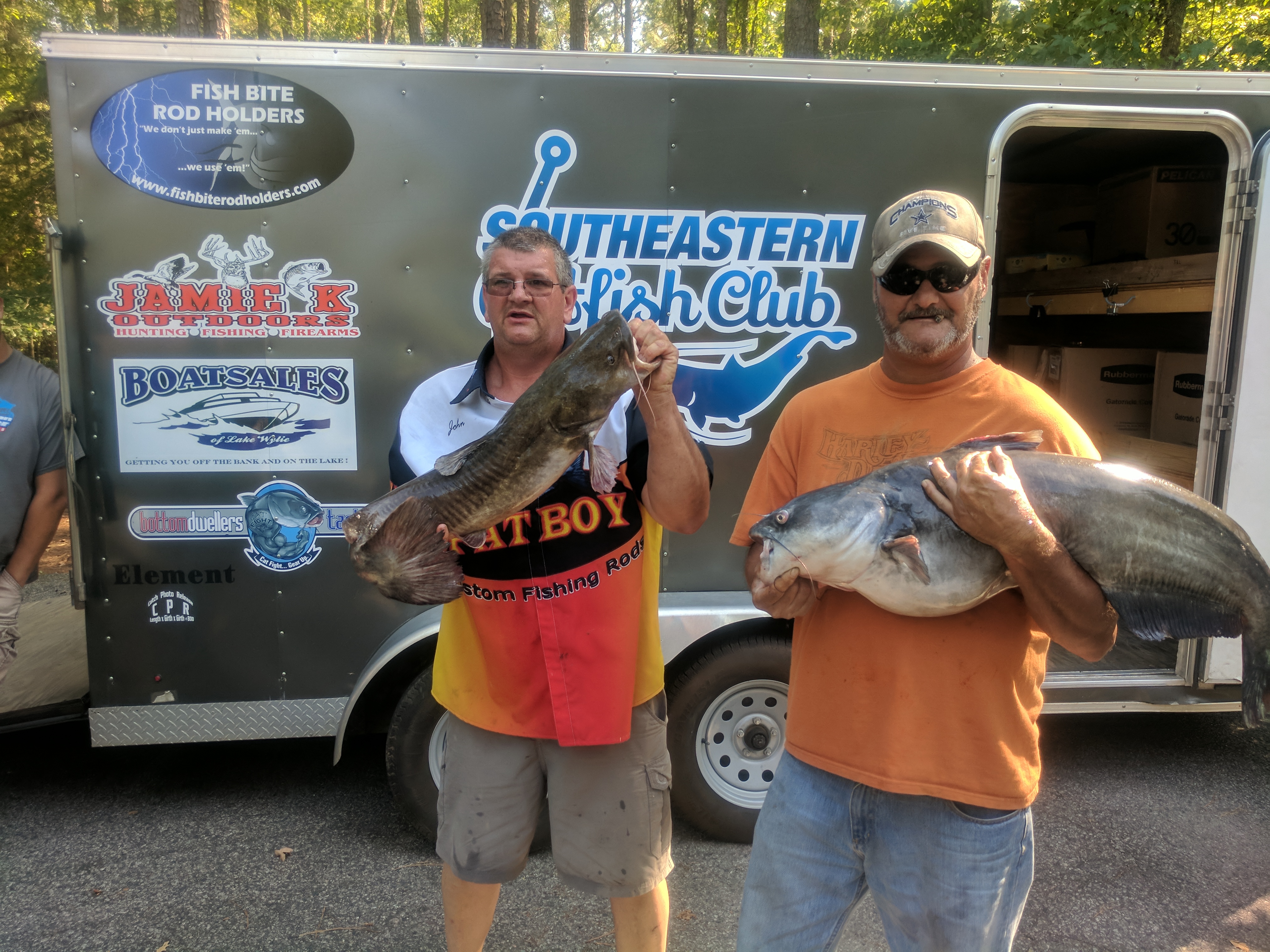 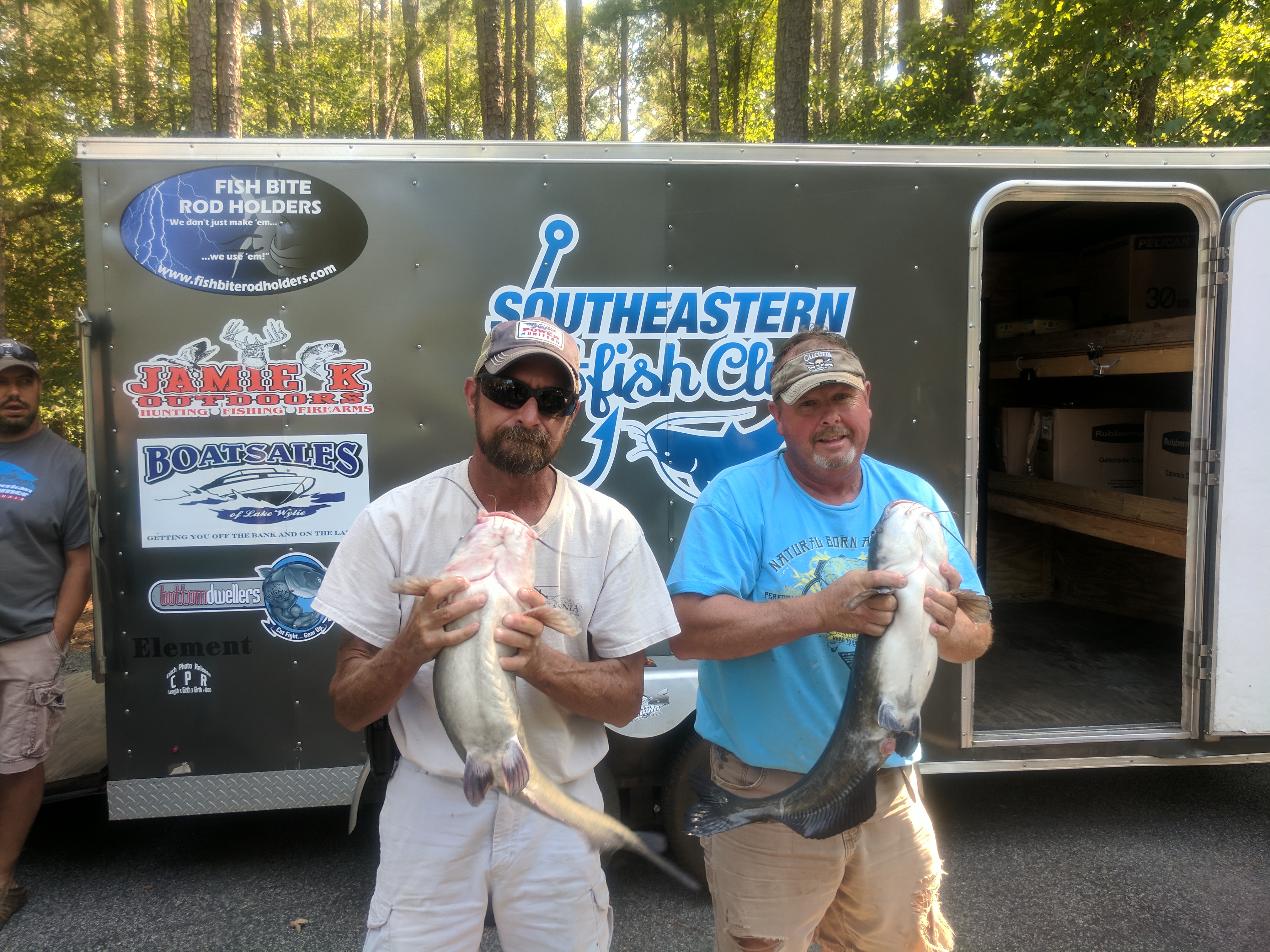 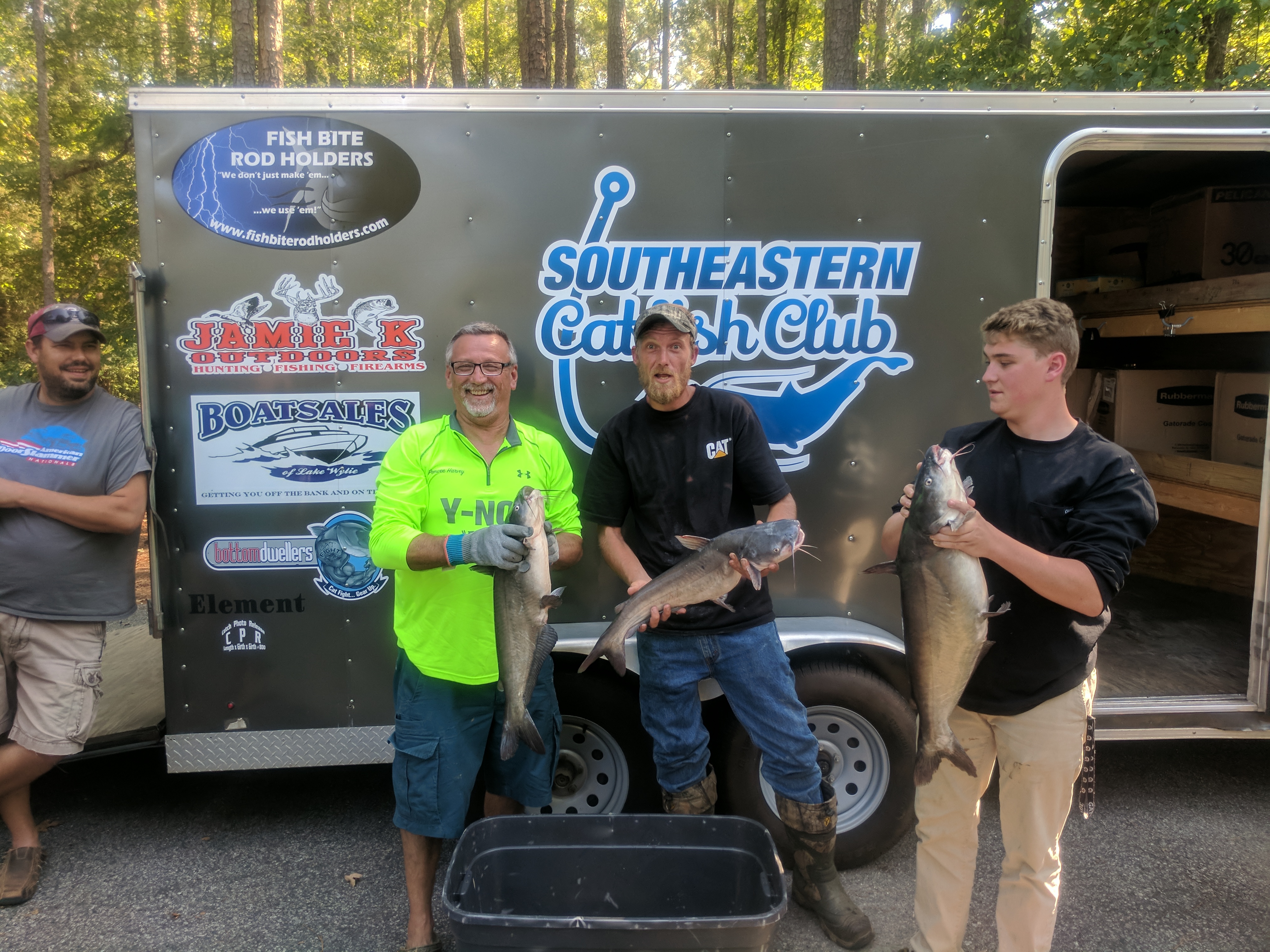 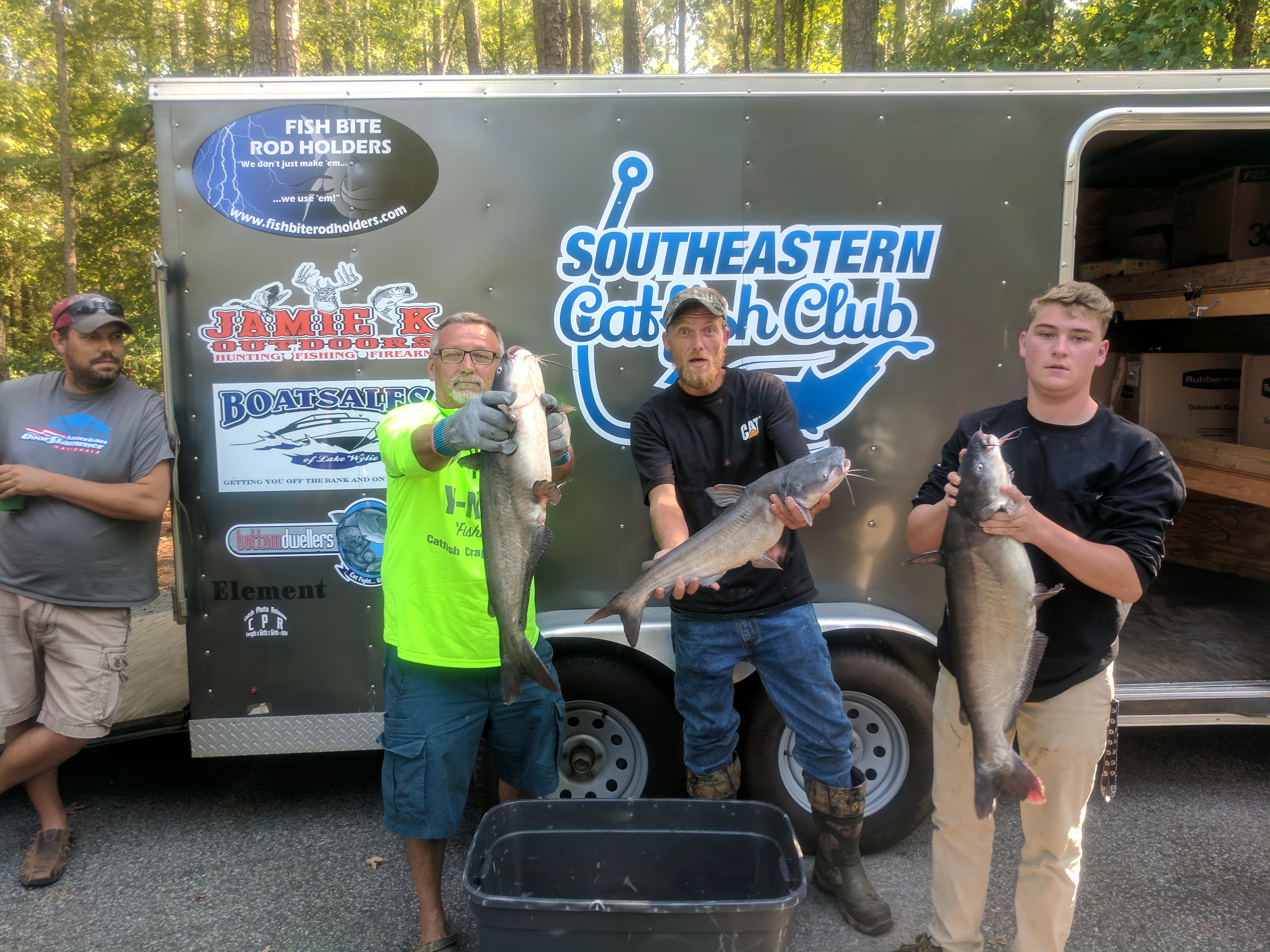 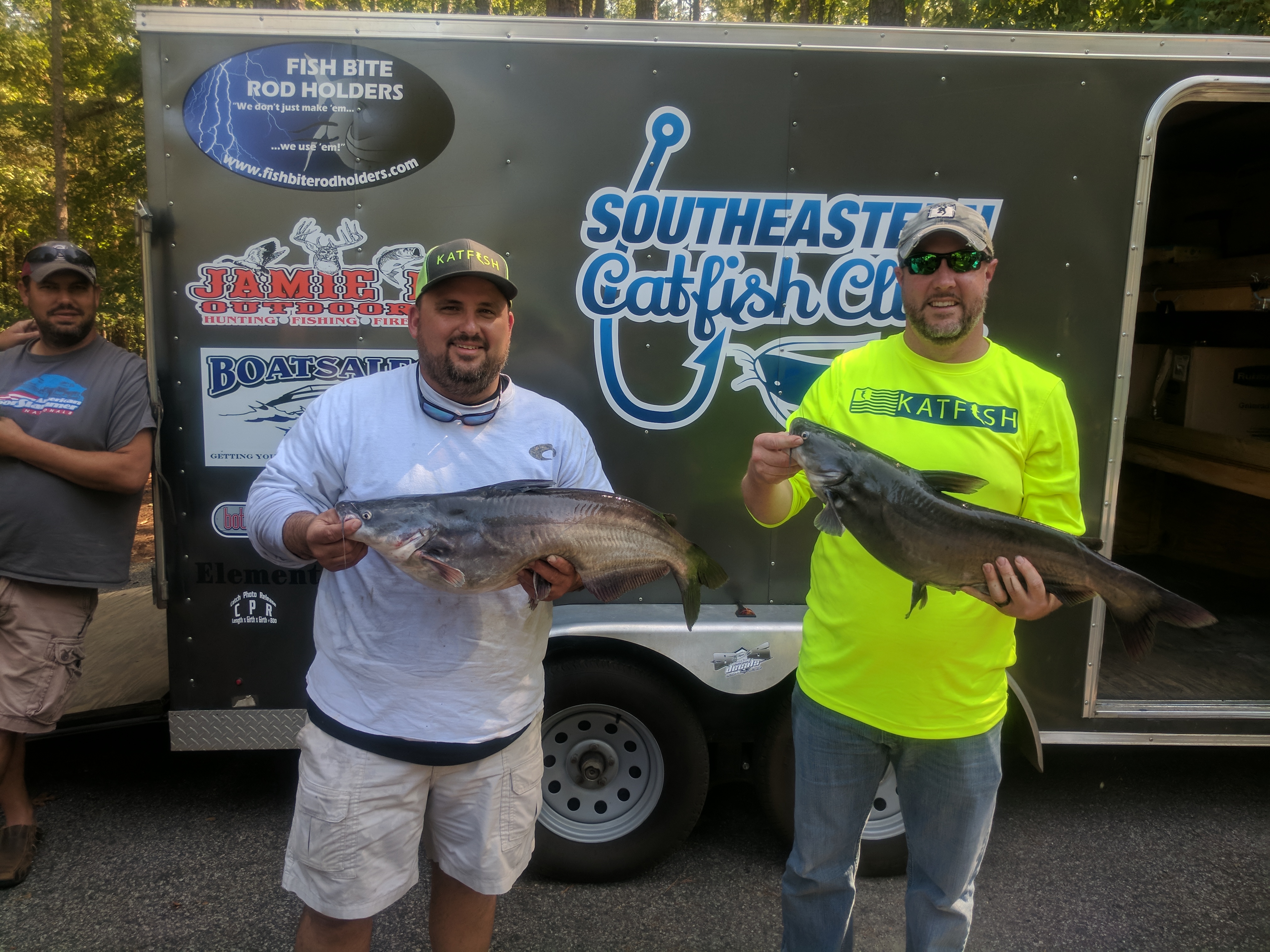 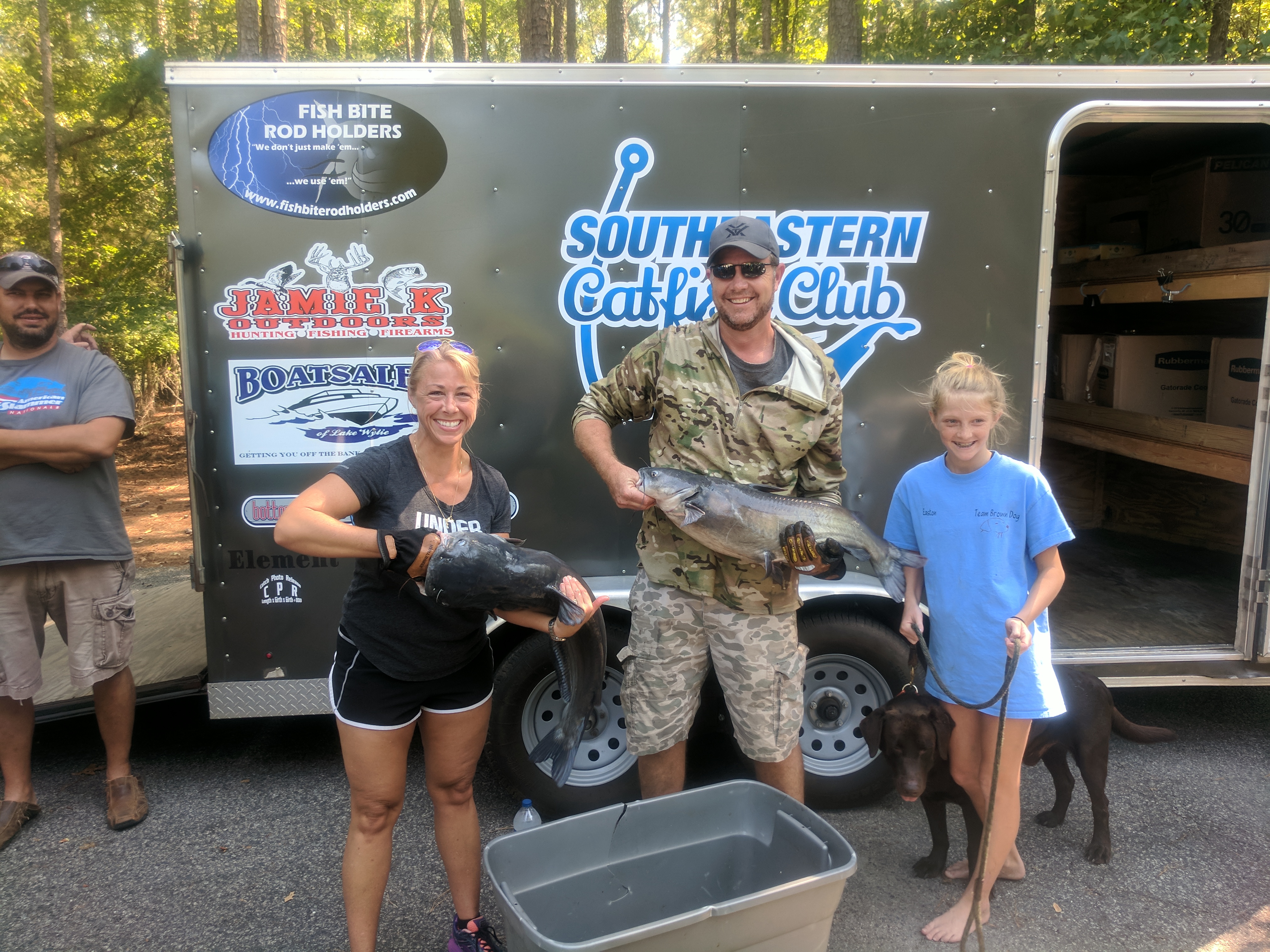 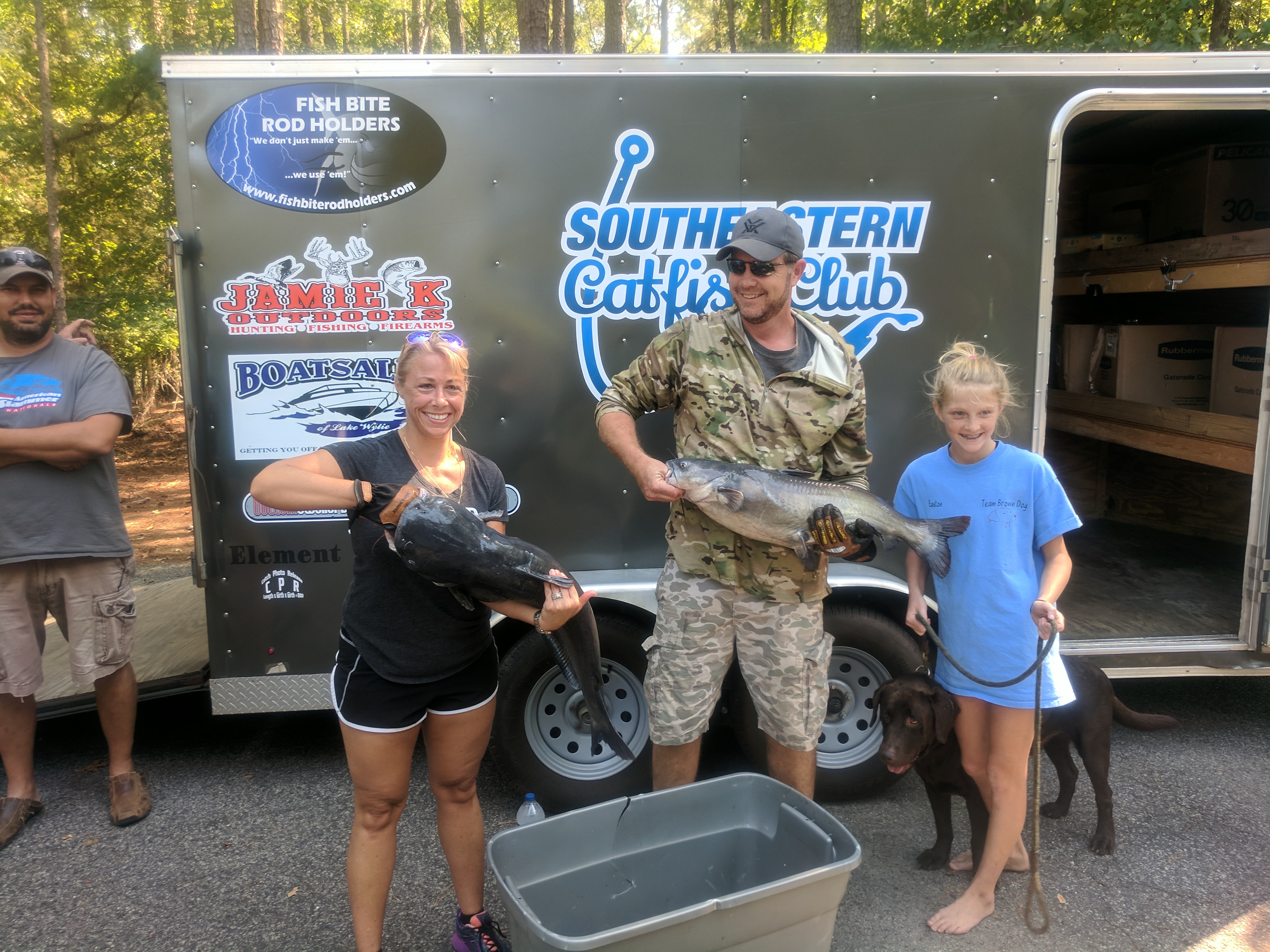 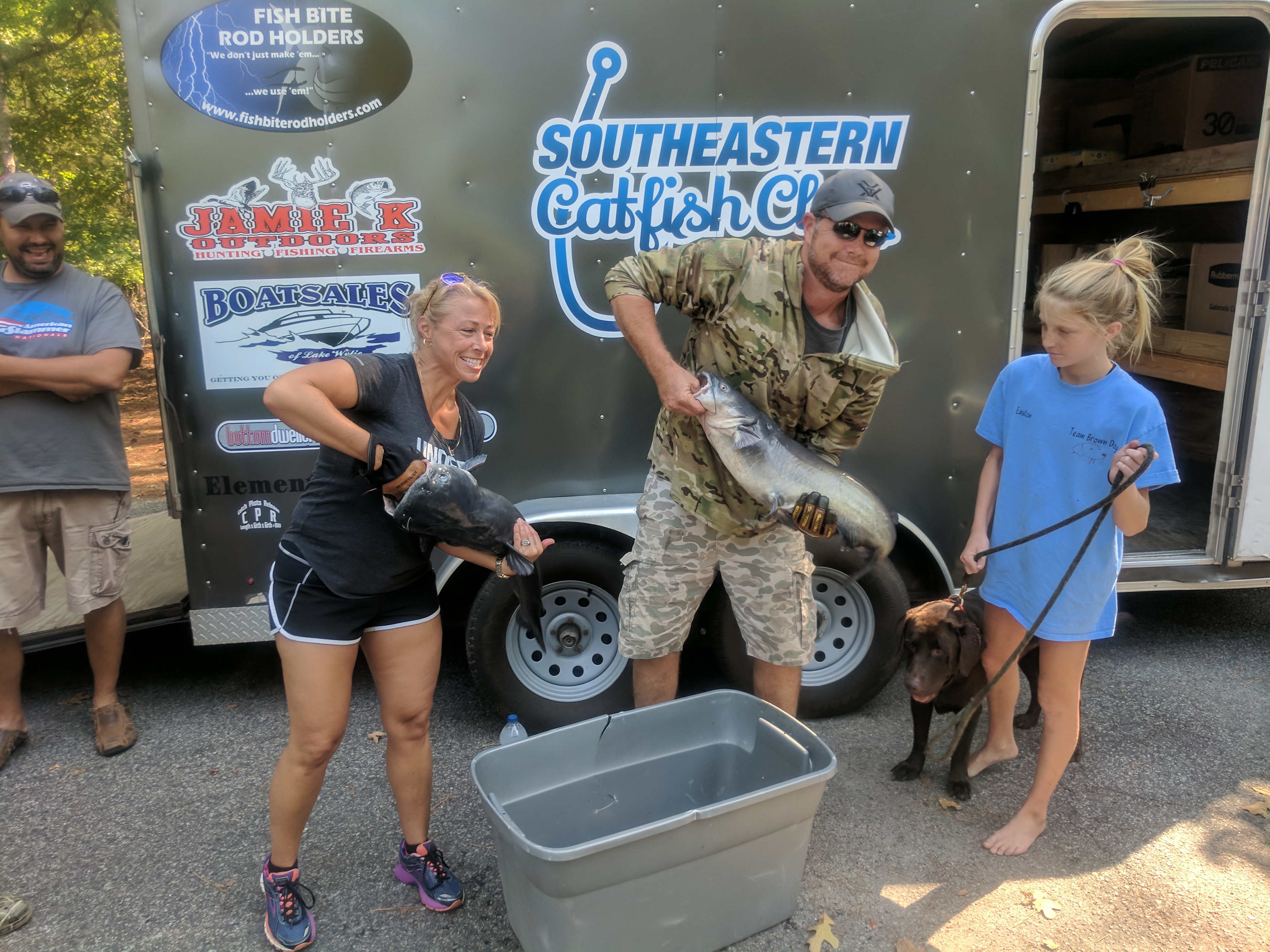 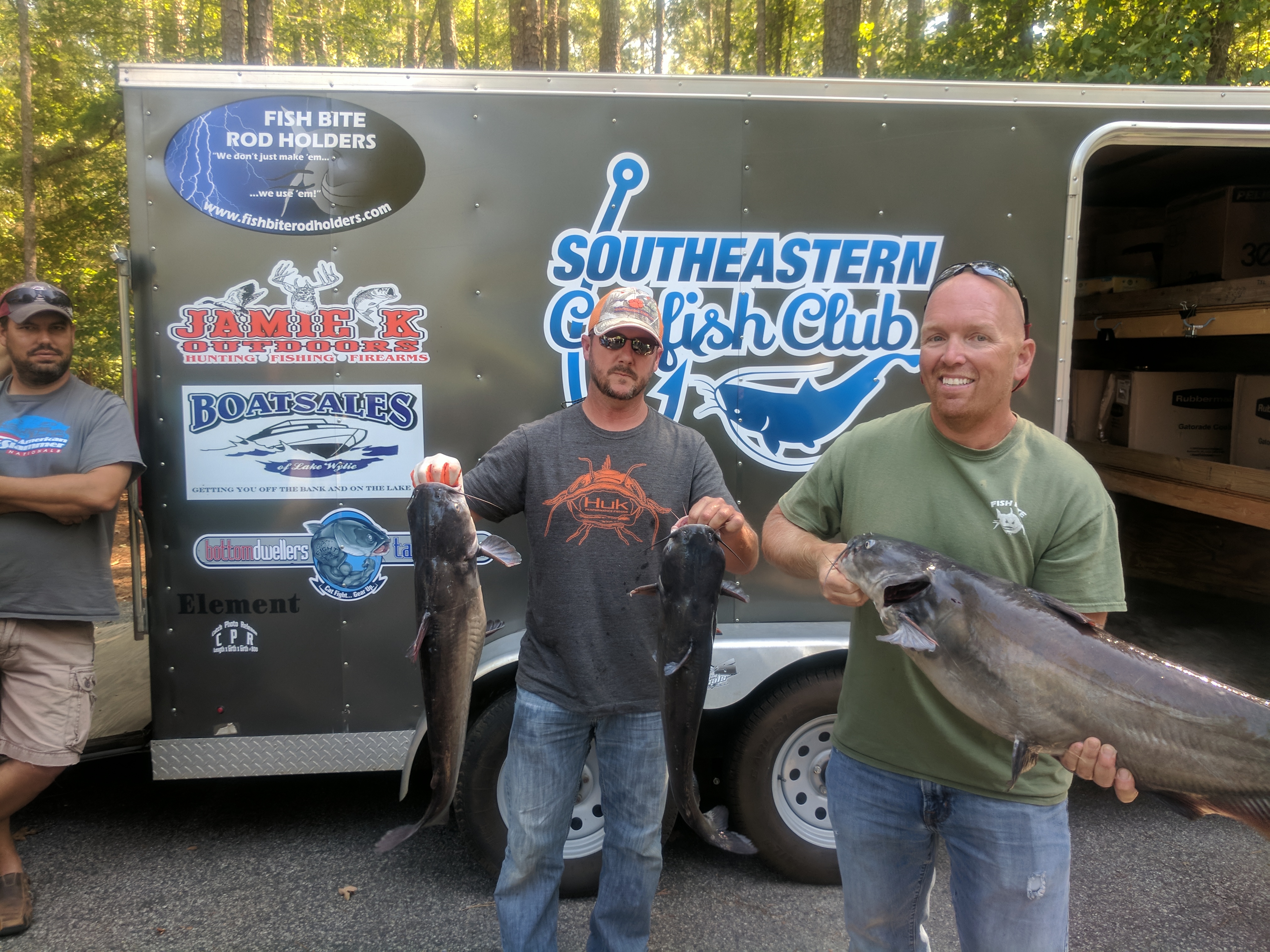 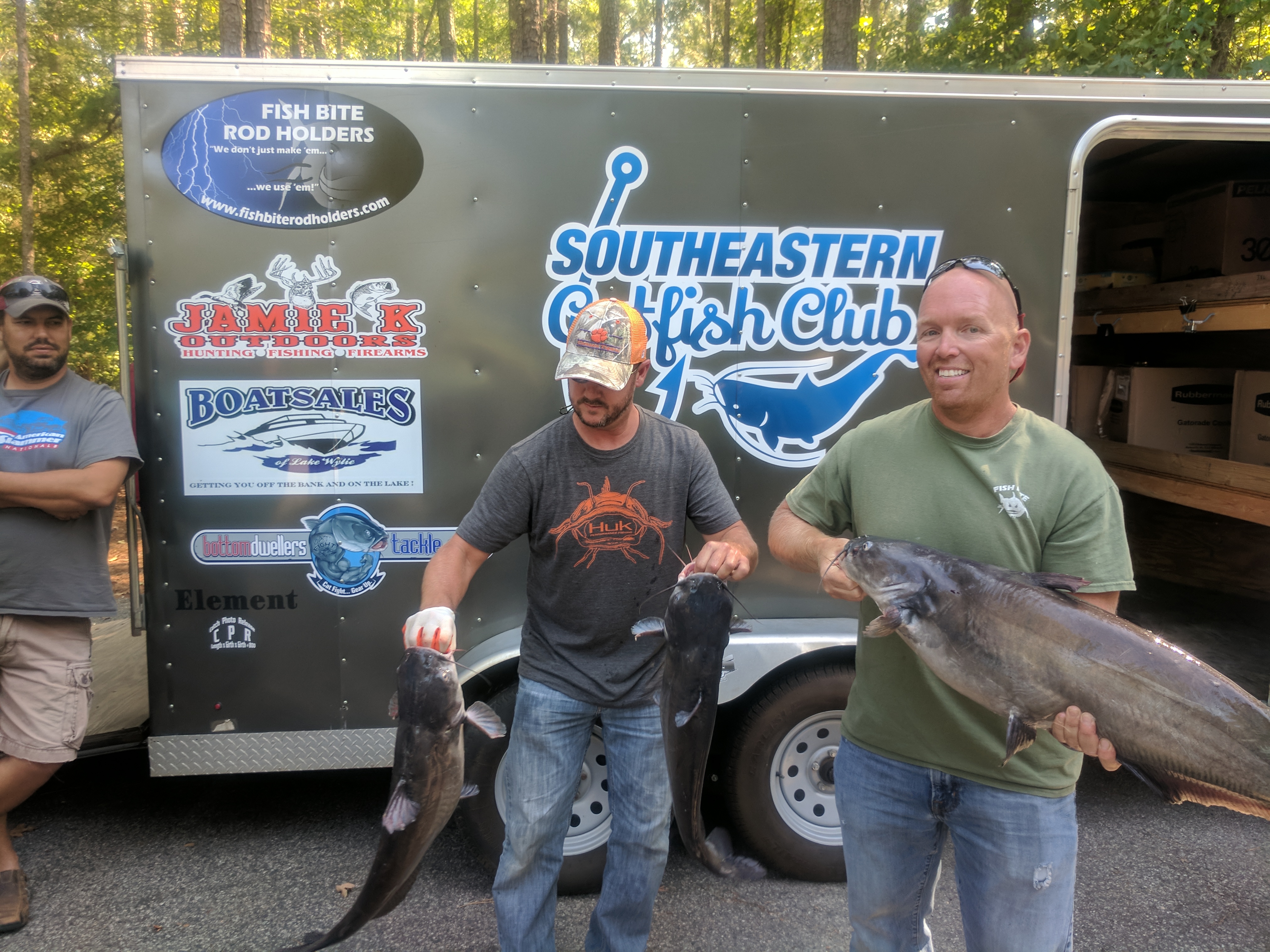 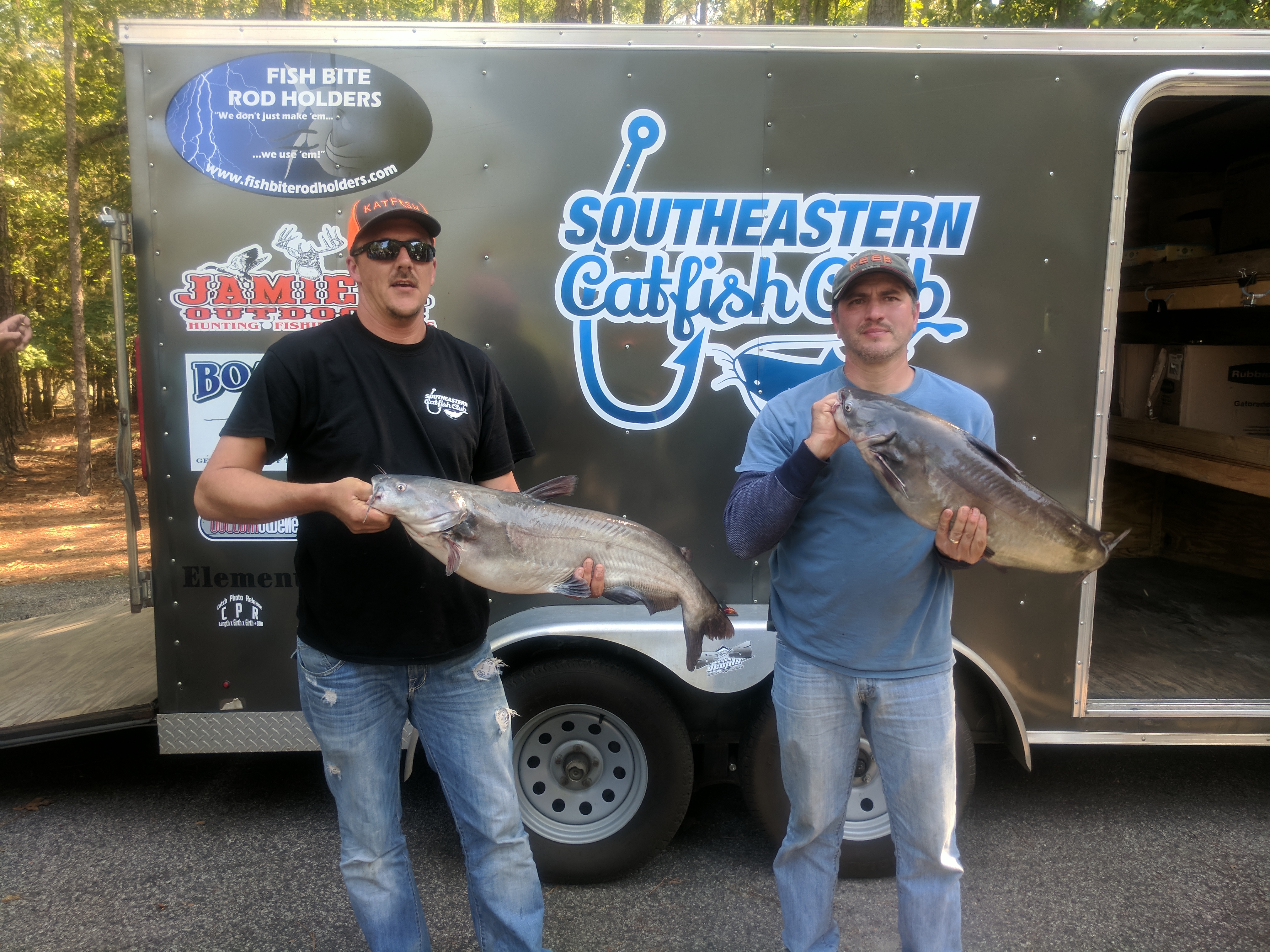 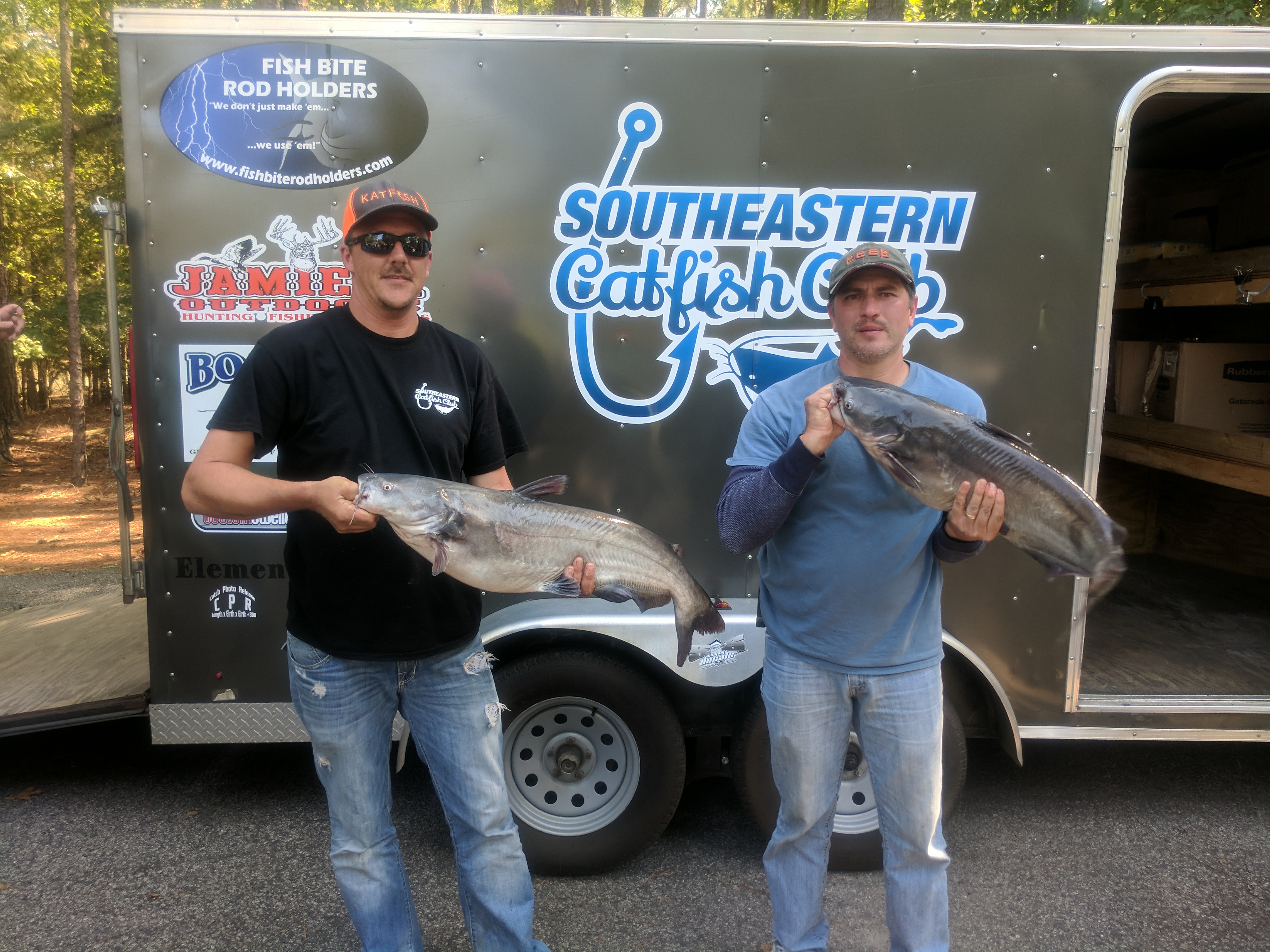 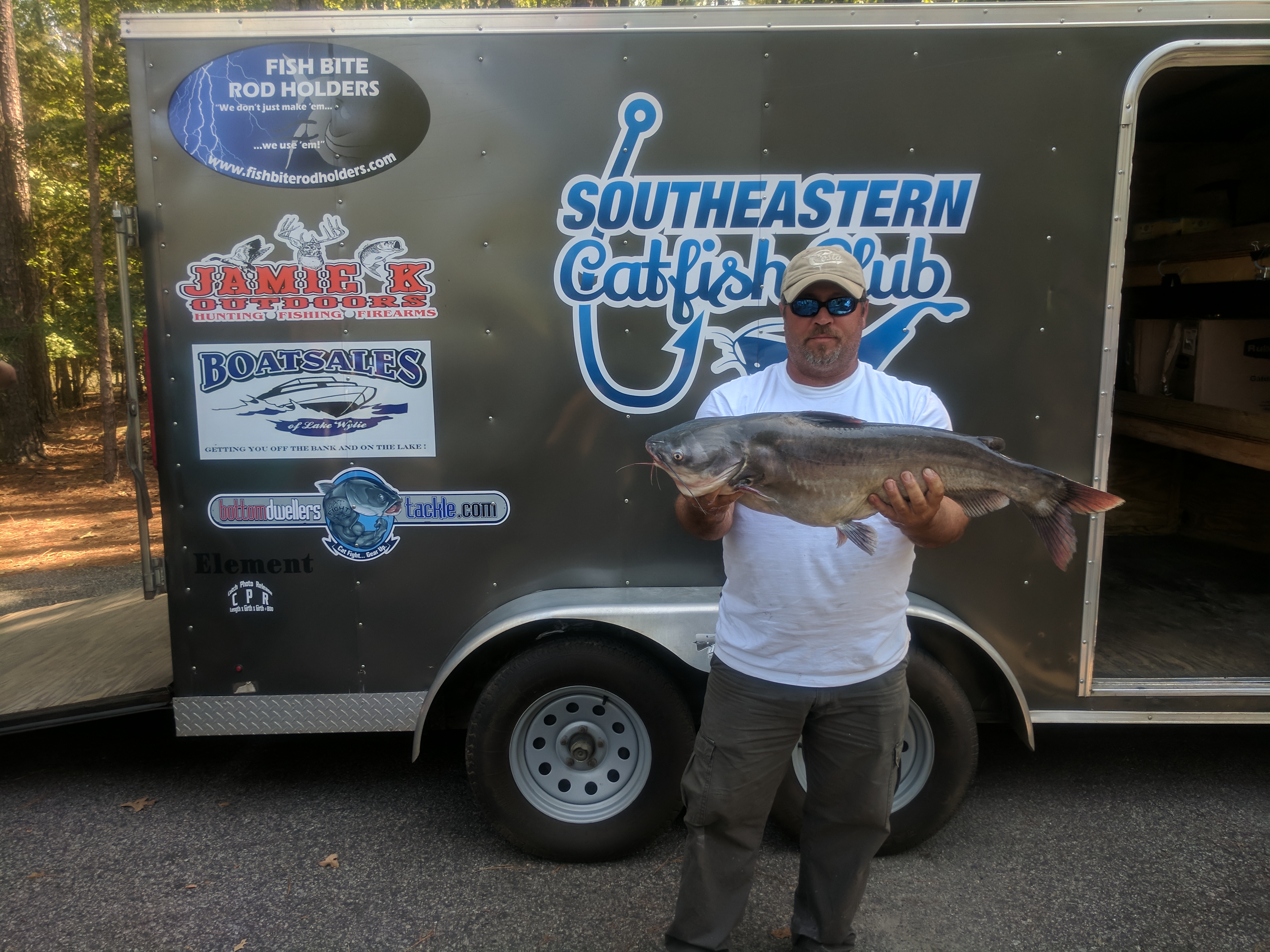 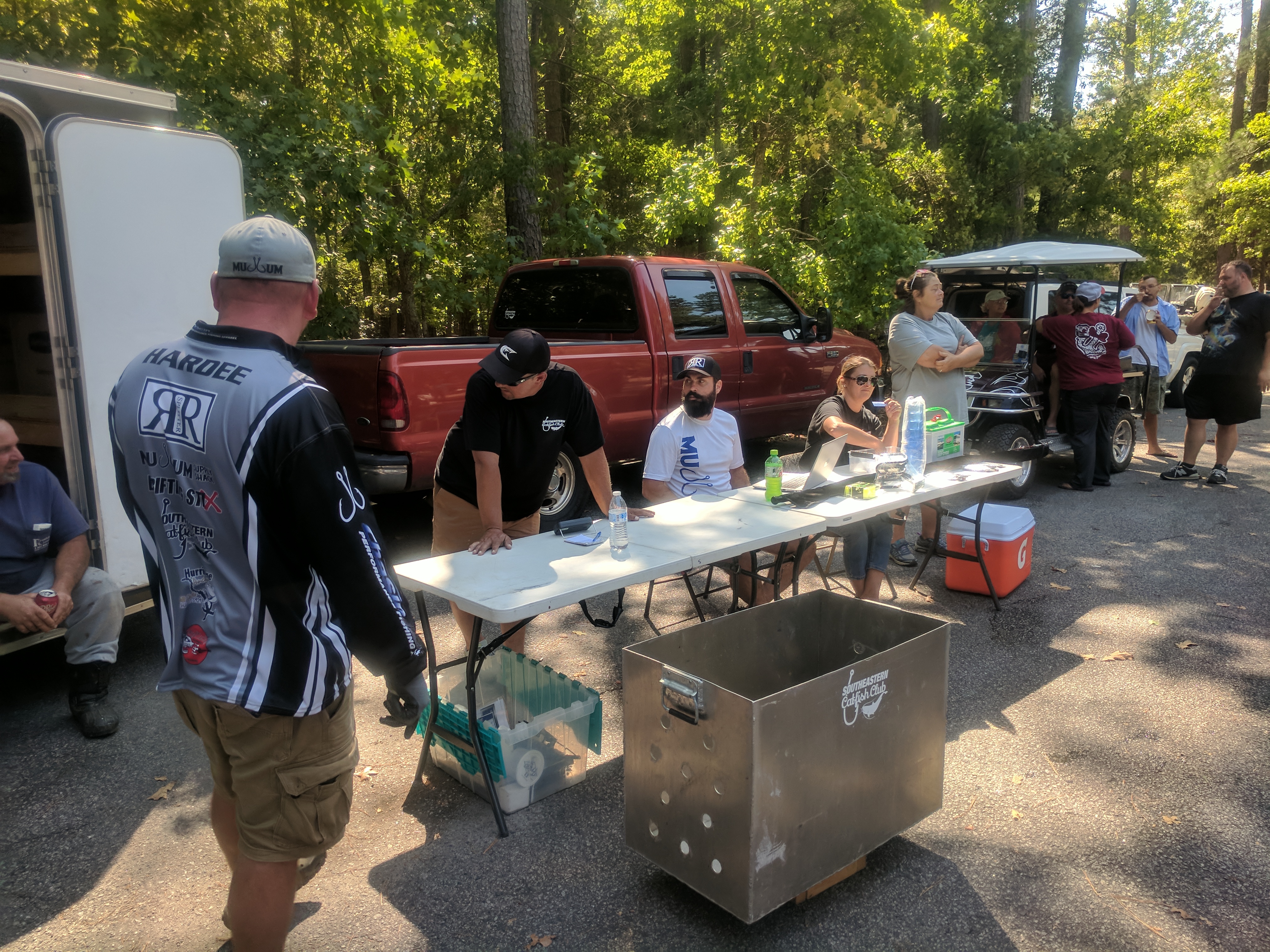